Blogs » Margaret Jarek » The Cardinal Told Me So 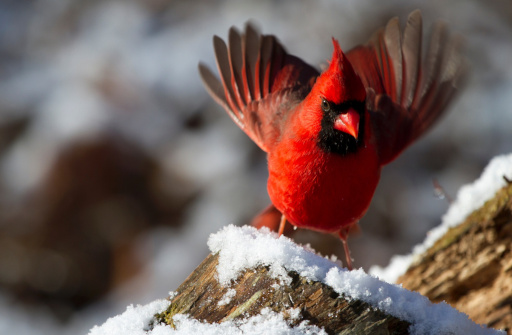 Even though February has the fewest numbers of days it always seems to last at least as long as January.

Looking out my window at the winter garden there is little evidence of life to be seen anywhere only the seared brown debris of last years garden and the barren branches of shrubs and trees stand as evidence to what once was and what it is we hope will be again.

The sparrows seek refuge in those leafless arbors hoping to be spared the harshest of the winter winds. I make every effort to insure there is plenty of food for all my avian visitors including the crows. In return they keep me entertained while I eat my breakfast at the table in front of the south window.

Later this month the brittle silence of winter will be splintered by the first tentative whistle of the cardinal and then you know for certain the season is beginning to transition.

The days grow longer and the sun through that south window is sufficiently warm enough to allow the cats to lounge in its warmth and encourages them to dream of spring and fresh catnip. Some of winters worst storms may lie ahead of us, but the days are longer and the way forward is far brighter than it was in December.

I know spring is coming because the Cardinal told me so.