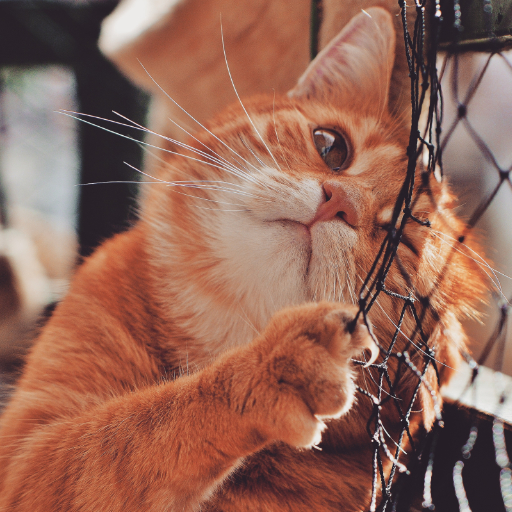 Everyone who meets me is aware that I am one whose life is involved with cats.

Chauncy is my large, neutered male who patrols my garden warding off any and all critters who might cause damage.

He lounges on the old garden swing in the shade of the pear tree sleeping with one eye open ready to act as bouncer.

All winter he spends his time on a pile of cushions basking in the winter sunlight. But on the first warm day he’s back on his swing or patrolling the fence line daring any onward critter to just try and wreck havoc in his kingdom.

On occasion he submits to a scratch behind his ears or an occasioned snuggle, but for the most part he’s content to lead a rather solitary life unlike his two sisters are definitely lap cats and would rather simply observe the antics of a mouse than do anything with it least of all kill it. They seem to have the attitude of live and let live rather than exerting themselves to actually enter into physical contact with anything other then their food dish.

So Chauncy is left to hunt and to patrol in between his frequent naps on the old garden swing.