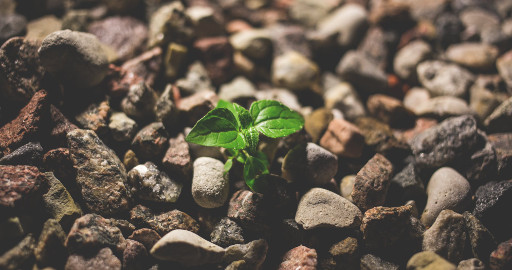 What April’s miracles lack in flamboyancy they more than make up for in substance.

April is the behind-the-scenes wonder works whose meticulous attention to detail makes May’s debut all the more glamours. Were it not for April May would be a great disappointment.

Gardeners know only to well that were it not for careful preparation the summer garden would simply not exist.

We rake up winters debris. We turn and aerate the soil. We sow our seeds and plant our tender young plants and then we step back and watch for the annual miracle to unfold.

While May is utterly exuberant in her floral displays, there is still nothing more astonishing to me than to witness those first tiny bits of greenery possessing the strength and tenacity to break though the bare unyielding soil in April. Its as though these minuscule bits of life are defying the very law of gravity itself as they force their way upward and reach for the life giving rays of the sun.

As close as I watch, my eyes are never sharp enough or quick enough to actually see this happen. I blink I look away for just a moment and when I look back, there they are where there was only a patch of half frozen soil there is a tiny spear of green that will become a crocus or a tulip or daffodil.

Like everyone, I revel in May’s glorious displays. But I never over look the contribution that April makes. Nor do I ever cease to be amazed at her ability to summon a dormant plant out of its death like state with her gentle touch.

Do not fail to honor the gifts of April for it is where not for April there would be no May.