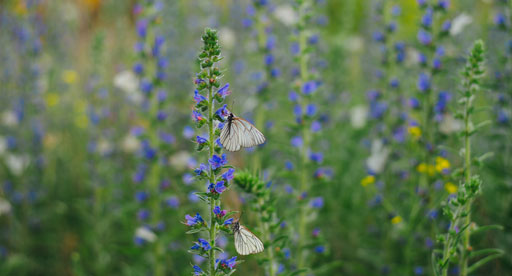 I spent my childhood in rooming houses or tiny upper apartments usually on the wrong side of the tracks in what we used to refer to as the low rent district. I never had access to a backyard of my own. But there were vacant lots, unkept and ignored by any land owner. To these I gravitated like a homing pigeon.

My Grandmother filled my head and fired my imagination with stories of growing up in the great north woods and on the prairies of North Dakota. My vivid imagination brought those stories to life in those overgrown vacant lots.

There were wild flowers there, the kind people called weeds and banished from their pristine gardens. The trees were not the decorator trees that graced the landscaped lawns of mansions. Rather they were trees people referred to as messy or nuisance trees like my ancient cottonwood that is the vocal point of my present day garden or the boxelders.

But those trees and vacant lots provided shelter and food for a variety of small animals that were often held in the same arrogant contempt by urban gardeners as the vegetation. There were chipmunks and rabbits and even an occasional wood chuck as well as squirrels. There were birds too, mostly sparrows, but also blue jays and crows.

It seemed like these vacant lots were home to an awful lot of plants and creatures that weren’t welcomed in the society of the two leggers. But, I loved them and found no fault or flaw in their company.

I learned to sit so quietly that even the flighty sparrows were oblivious to my presence. I watched the butterflies do their happy dance where the tall New England asters bloomed. The dragon flies darted here and there so quickly I was hard pressed to follow their movements, but sometimes they would hover nearby for a moment as though catching their breath or getting their bearings before they darted off in search of a bit of nourishment.

I seldom picked the flowers but every now and again a flower would appear whose name I did not know. Then I would take just one in order to show it to grandma who could name every flower she ever met.

There were violets in the spring and asters and black eyed susans in late summer and early fall. There were tall purple thistles whose seeds were carried off by the wind caught in fluffy cocoons and sometimes there were wild roses especially along the railroad tracks. And oh; The chicory was so vivid a shade of blue it made up for its unattractive foliage.

Sometimes I spent my time building fairy houses out of twigs and leaves and decorating them with wild flowers. But as diligently as I searched I never saw a fairy – However there was always an ant hill that was almost as fascinating and with which I could occupy my time observing their diligent efforts to maintain it.

I have my garden now, but it isn't a tame or orderly garden. I've made sure there is room for the wild ones, the flowers and critters no one else wants. They have a happy life here, undisturbed and free to be themselves. The bees are so pleased with this arrangement they often spend the night nestled among the flowers they love the best.

I'm still hoping to catch a glimpse of a fairy but at least the dragon flies are frequent visitors and the butterflies do their happy dance among the tall New England asters.